no doubt this will be my last post before Xmas, with some international brigade figures finished and a republican HMG team.but on the paint table from today are 30+ milita based awaiting undercoat. 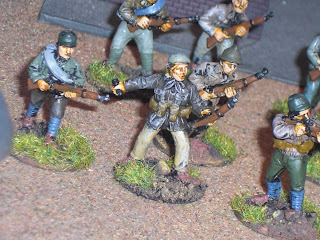 along with 9 nationalist cavalry and some artillery
no doubt my paint project for over Xmas hopefully i will get most of it done and then set up a Spanish civil war game early in the new year. 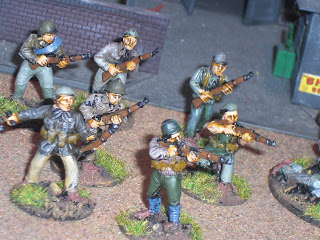 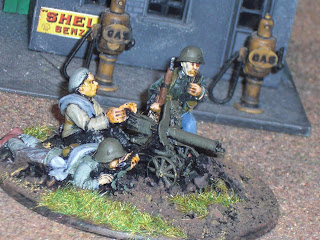 looking forward to next year Rome is going to be high on my list of projects to do as most of the figures i need are in stock already
so i hope everyone has a good Xmas and gets pleanty of lead/plastic to keep them busy in the new year.
Posted by the paint blog at 12:41 1 comment:

its got to be a first 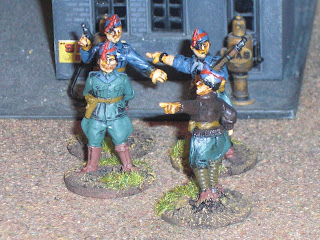 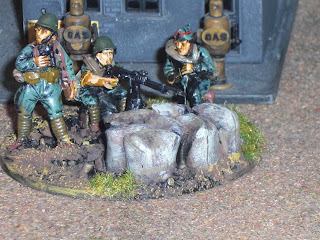 two Republican armoured trucks with 3 more underway on the paint table as i type. 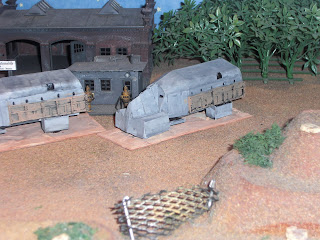 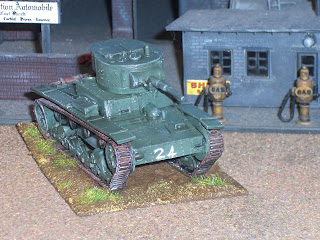 a mighty T26 tank not needed in scenario 1 but who cares i wanted one.
as for a first, today i went to our local games workshop store, and to my surprise they refused to sell me some 60mm bases as they don't carry them in stock and will only order them in for people who are registered on line and not a walk in customer?????
quite how this makes a profit i have no idea but its the first time i've been turned down by the evil empire just for wanting to buy some bases, next step make my own or eBay, being Xmas make my own is looking good,

well being stuck in the house due to the snow has its advantages when it comes to painting especily as nothing is ever on tv, 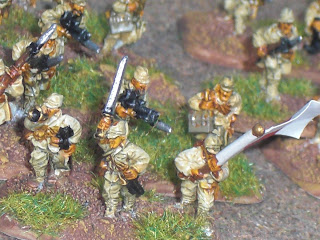 one 15mm Japanese platoon all figures from peter pig and im impressed how they turned out with keeping the paint style to the minimum not sure if i have enough to make another platoon or not, but at least peter pig now pack them in platoon blisters, 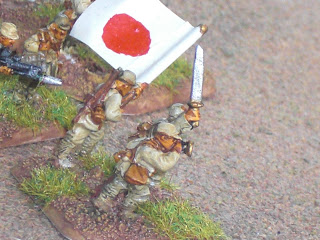 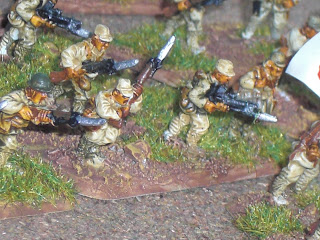 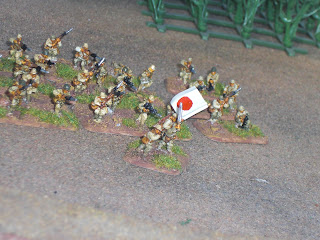 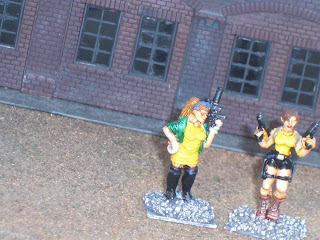 also finished these 2 future wars 28mm girls with guns one from the foundry street violence range and one limited ed from cobblestone casting still got a box of started future wars figures but as the postman delivered lots of scw stuff thats going to take priority for a while
Posted by the paint blog at 10:57 3 comments:

at last with the snow all over the post man arrived twice today. fetching my orders from empress miniatures along with other mail, now to continue with my scw project, despite everything being sent in bubble bags no damage was done to anything even the resin trucks, my only fault is all the figures need identifying into their relivent packs before cleaning and painting starts. how hard is it to put a pack code on a bag.
now just to wait for the force of arms order to arrive 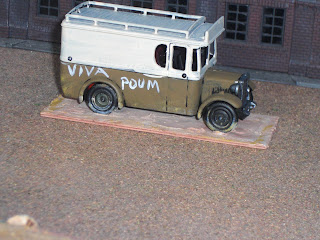 more for my Spanish civil war project finished today, some old lledo vehicles dug out and repainted and re based on road bases total 10 trucks some with slogans for the republican side 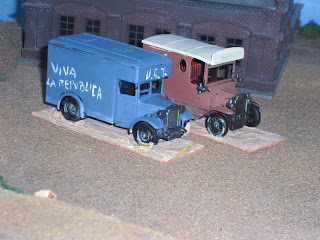 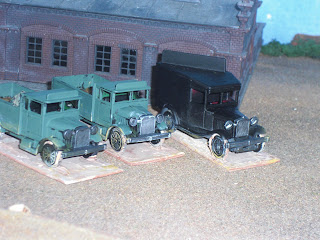 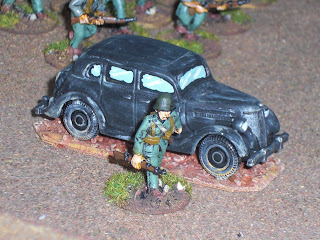 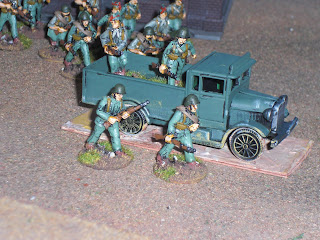 i know some people will say sloppy jalopy in 1.48 looks better but each to their own and lledo vehicles are cheap to pick up and as in the last pic look ok to me scale wise 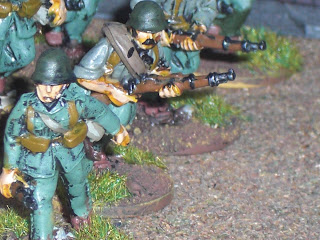 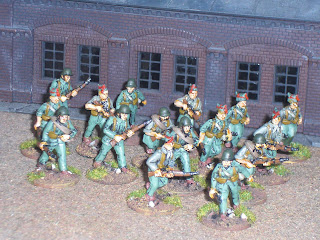 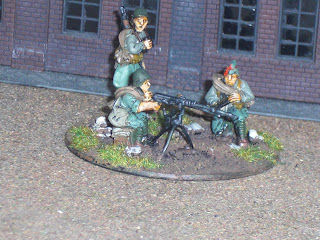 at long last progress has been made to my 15mm pacific forces in the way of a small amount of armour, for the USMC 3 m4 Sherman's form battlefront not much different from the eto apart from no stars and they are too small to mark as USMC. 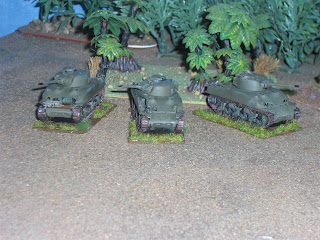 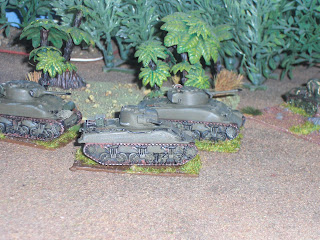 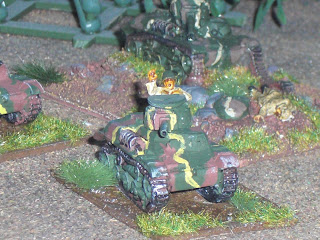 and for the japs 3 tankettes from peter pig also finished along with painting started on a platoon of imperial jap infantry. 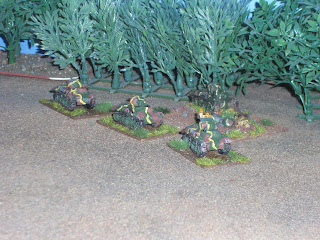 also on a not painting side i managed to see the new film skyline, and in the world of bad films i would put this one as the worst I've seen apart from good effects the story is stupid the ending bad and not much in the middle basically don't bother to see it even if its for free.
Posted by the paint blog at 13:04 2 comments:

another day another post, this almost made yesterday but not quite. 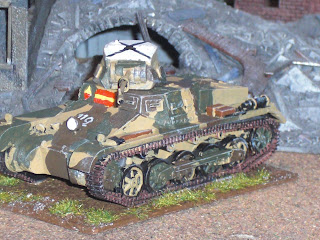 panzer 1 with 20mm auto cannon conversion these were made in small numbers in Spain, mine is from force of arms in resin picked up at the first partizan show this year.
the good thing about the scw is not many vehicles are needed. 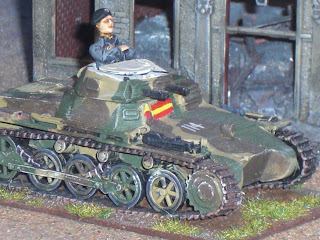 as a comparison this panzer 1 is in metal from empress miniatures some scale difference in noticeable when side by side but as one is the pz1 a and one a pz1b easy to get away with. 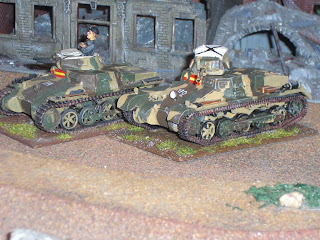 so my powerful nationalist armoured force but in a moment of slight madness today i ordered a T-26 tank for the republic side even though i don't need one for the forces in the scenario im working on but plenty of milita are also ordered
Posted by the paint blog at 09:51 No comments:

the paint blog
grimsby, United Kingdom
age old enough to know better, status alive, home is in grimsby, and i work all the hours i have to tot get by lol...